The system analyses the coexistence between the worker and the automated system when they perform assembly tasks. This will lead to a tool that helps in the evaluation of different coexistence scenarios between worker and robot in the assembly alternatives.

Visualization of assembly processes using Augmented Reality, done by robots, by worker or combined (including unpredicted situations during the process, e.g. malfunction of the robot). 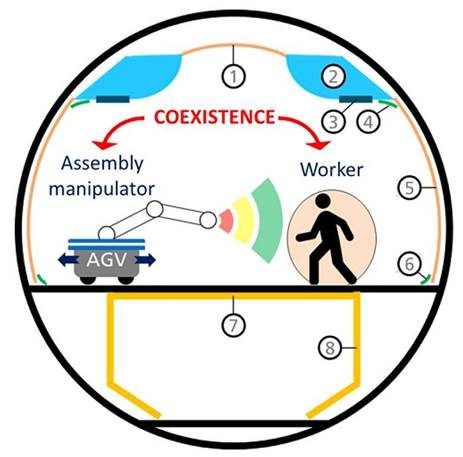 The project will set up a simulation environment based on VR and AR to display and evaluate alternative process scenarios. On one hand, a VR environment will be developed for simulating the assembly of the interior of an aircraft. Thus different assembly plans can be tested. The resulting worker operational procedures will be enhanced with the simulation of the coexistence of the worker and a robot during aircraft assembly processes.